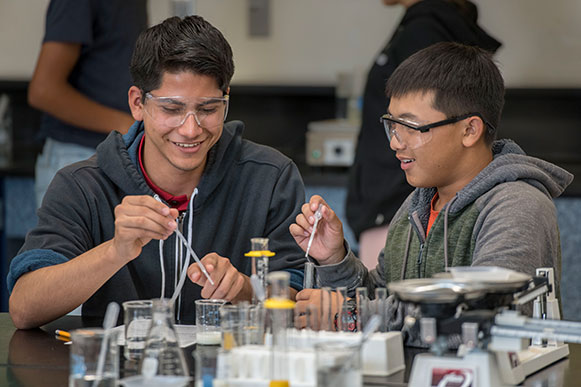 What impact do California’s publicly-financed preschool programs have on kindergarten readiness and student success?

Are smaller K-3 class sizes a smart investment for California?

Currently, the ability of California education leaders and policymakers to answer such questions is severely limited by weaknesses in the state’s education data systems. Many of those weaknesses could be readily solved.

If statewide data systems were better integrated and more accessible, California leaders would have a stronger basis for determining the school and policy improvement efforts they want to implement. Such systems create the transparency that local educators and state leaders require to identify needs and areas of growth, validate intervention strategies, and monitor progress. They shed light on how well state policies and programs are working (together or separately) and identify areas where change is needed.

In recent years, California has made important improvements in the collection and availability of education data, but it remains far behind other states in its ability to use those data to understand what is working in its education system and what isn’t. The state could strengthen that ability by taking advantage of modern computing technology that enables governments at all levels to better use the data they already collect.

This brief describes the current status of California’s education data systems. It documents some areas of inquiry that could be strengthened by a better integrated and more accessible approach to education data, providing examples—from other states and from within California—of what is possible. The brief also includes a discussion of the technical and political levers that could help make those improvements. 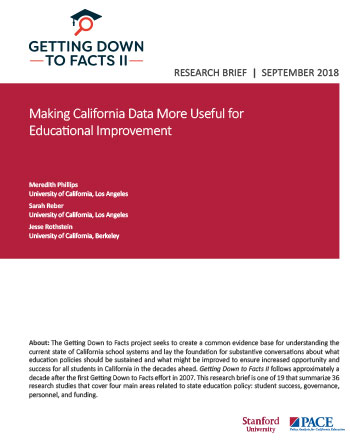