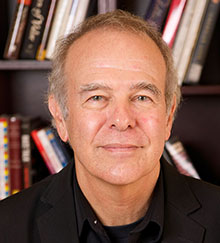 Jeffrey R. Henig is a professor of political science and education and chair of the Department of Education Policy & Social Analysis at Teachers College, Columbia. He is also a professor of political science at Columbia University.  and member of the National Academy of Education. He is the author or coauthor of eleven books, including The Color of School Reform: Race, Politics and the Challenge of Urban Education (Princeton, 1999) and Building Civic Capacity: The Politics of Reforming Urban Schools (Kansas, 2001), both of which were named--in 1999 and 2001, respectively--the best book written on urban politics by the Urban Politics Section of the American Political Science Association. Spin Cycle: How Research Gets Used in Policy Debates: The Case of Charter Schools (Russell Sage, 2008) won the American Educational Research Association’s (AERA) Outstanding Book Award, 2010. His latest book, Outside Money in School Board Elections: The Nationalization of Education Politics, will be published by Harvard Education Press early in 2019. He earned his B.A. from Cornell University in 1973 and Ph.D. in Political Science at Northwestern University in 1978