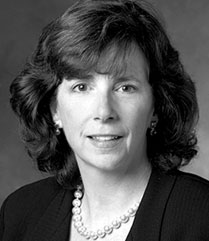 Macke Raymond has served as the Director of CREDO since its inception.  She has steered the group to national prominence as a rigorous and independent source for policy and program analysis. She has done extensive work in public policy and education reform, and is currently researching the development of competitive markets and the creation of reliable data on program performance. Macke also leads CREDO in investigating the effectiveness of public charter schools.  Prior to joining Stanford in 2000, she held faculty positions in the political science and economics departments at the University of Rochester. Macke also worked for a number of years in the telecommunications industry and was President of Raymond Associates, a private consulting company specializing in public policy research projects and telecommunications policy formulation, from 1985 to 2000.