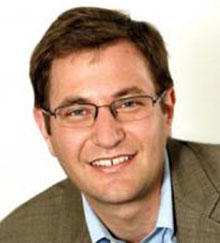 Jesse Rothstein is a Professor of Public Policy and Economics at University of California, Berkeley and the Director of the Institute for Research on Labor and Employment.  His research focuses on education and tax policy, and particularly on the way that public institutions ameliorate or reinforce the effects of children’s families on their academic and economic outcomes.  Within education, he has conducted studies on teacher evaluation; on the value of school infrastructure spending; on affirmative action in college and graduate school admissions; and on the causes and consequences of racial segregation.  He has also written about the effects of unemployment insurance on job search and labor force participation; the role of structural factors in impeding recovery from the Great Recession; and the incidence of the Earned Income Tax Credit. Rothstein's work has been published in the American Economic Review, the Quarterly Journal of Economics, the Journal of Public Economics, the Chicago Law Review, and the American Economic Journal: Economic Policy, among other outlets.  He has a Ph.D. in economics from the University of California, Berkeley, and an MPP from the Goldman School, and he is a Research Associate of the National Bureau of Economic Research. In 2009-2010 he served as a Senior Economist for the Council of Economic Advisers and then as Chief Economist at the U.S. Department of Labor.